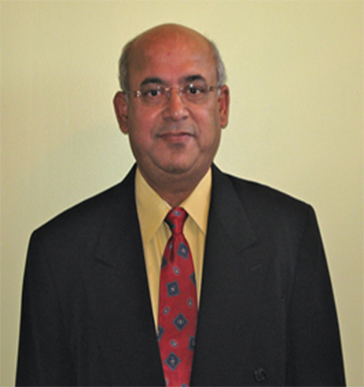 Dr. Sukumar Saha has thirty-five years of professional experience. He worked as an agricultural extension worker for eight years in India before immigrating to the USA. After working as a Research Assistant Professor for five years at Alabama A&M University, Dr. Saha assumed the present position with USDA/ARS in 1997. He demonstrated outstanding stature and received significant recognition as an international authority in cotton genomics and cytogenetic resources that are being used by the scientists in the USA and around the world. In recognition of his contributions to cotton, he was awarded “2010 Outstanding Research Award in Cotton Genetics" at the Beltwide Cotton Conferences organized by the National Cotton Council of America every year. Over 5,000 researchers/farmers attend these conferences.

Dr. Saha made a major contribution in developing PCR-based SSR markers (JSPER and MGHES), a critical first step for the use of PCR-based marker technologies in cotton breeding programs. MGHES markers were first publicly available EST-SSR markers for use as a tool for marker assisted selection program and molecular mapping in cotton. He also made a significant contribution in the discovery of molecular markers associated with important traits in cotton. Dr. Saha is one of the two lead scientists providing leadership in the release of 17 interspecific chromosome substitution lines in cotton. This research will provide a tool to overcome the problems of interspecific introgression and in the discovery of some novel genes or traits whose effects could not be detected in the donor Pima 3-79 line.

Dr. Saha helped to establish one of the most advanced molecular biology lab in the Central Asia and trained Uzbek young scientists. He is one of eight founding scientists who initiated International Cotton Genome Initiative organization (ICGI) to facilitate collaborative research work on cotton genomics at the global level about eight years ago. As the chairman of the Germplasm Work Group of ICGI, Dr. Saha provided leadership for the first time to document the current status of world cotton collection in collaboration with the curators from the major cotton growing countries and this report has recently been published in Crop Science as the cover page paper (2010. 50:1161-1179). Dr. Sahas research productivity is well documented in about 130 publications, including 77 peer-reviewed journal articles in many prominent journals, one germplasm release notice, a co-edited book, additional multiple papers and abstracts in presentations at conferences.