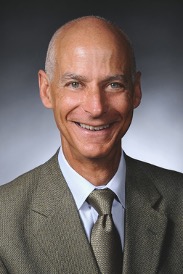 Jonathan F. Wendel is a Distinguished Professor in the Dept. of Ecology, Evolution, and Organismal Biology at Iowa State University, USA. Prof. Wendel’s research focuses on mechanisms underlying plant genomic and phenotypic diversify, with a special focus on the phenomenon of whole genome doubling, or polyploidy. Most of his ~300 publications focus on the cotton genus (Gossypium), in which two diploid and two polyploid species were each independently domesticated thousands of years ago. This natural evolutionary diversification, followed by parallel strong directional selection under domestication, provide a model framework for exploring the comparative basis of domestication, the origin of form and of diversity in nature, and the evolutionary consequences of genome doubling.

His research has helped shape our understanding of the myriad genomic consequences of allopolyploidy, in which two diverged diploid genomes become reunited in a common nucleus. Moreover, his contributions have been recognised in all three major domains of professorial life: Master Teacher, 2005, for his role as graduate mentor and educator, Distinguished Professor, 2012, for national research prominence, and Outstanding Achievement in Departmental Leadership, 2009, for leadership excellence during his 15 years as department chair.